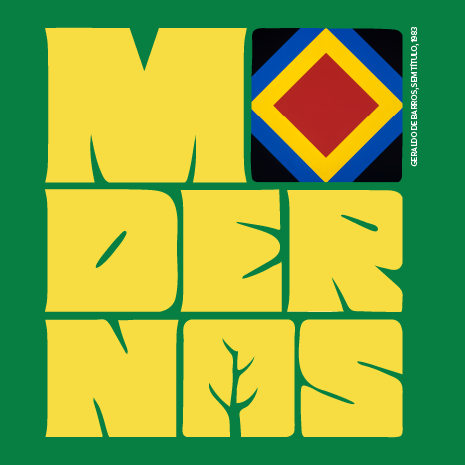 In celebration of the centenary of the Modern Art Week of 1922, MAB brings up Modernism as a theme for reflection, looking into the events that took place before and after 1922.

To deepen our understanding of the background history of this important event, we have invited professor and curator Felipe Chaimovich to organize a temporary exhibition for the show, called Before 1922, that will be happening from March to May 2022. This section of the exhibition examines the involvement of the Prado Family with the arts, as well as Paulo Prado’s role as sponsor of the Semana de 22 (Week of 22), like the Modern Art Week of 1922 is commonly referred to.

This temporary exhibition gathers artists who represented the family’s values in the two final decades of the 19th Century, a period of change from monarchy to republic in Brazil. These values and ideals included criticism of the official teaching of beaux-arts in Rio de Janeiro. The exhibition Before 1922 displays work by artists such as Antônio Parreiras, Eliseu Visconti, Estevão Silva, Georg Grimm, and João Batista Castagneto. We have been honored to borrow works from partner institutions’ collections for this exhibition.

The MAB team took on the long-term section of the exhibition, After 1922. Curator Laura Rodríguez reflects on Modernism considering that, just like the Modern Art Week of 1922 – which took place in São Paulo and gathered a collective of artists and thinkers of the time –, many other groupings and events surfaced in diverse other locations across the country, supporting the development of modern art in Brazil.

These associations and collectives usually emerged from shared interests, sometimes seeking the driving force behind the next blow against the establishment. The vital energy of the collective, the knowledge exchange, the organization process, the discussions, and enriched experience always motivated the participants and enhanced their visibility in the arts.

In this section of the exhibition, counting over 120 works, we aim at showing a little of the exuberance of the decades following 1922, presenting work from our museum’s collection by artists who were part of relevant groups or exhibitions held between 1922 and the 1960s. These are not necessarily the same works exhibited in the highlighted events but works from the same period.

Looking beyond the Rio-São Paulo axis, visitors will have the opportunity to discover reverberations of Modernism alongside popular art in the other regions of Brazil and understand the chronology and context of events that we consider of the highest relevance for this project.

‘MODERNOS’ exhibition will be closed on May 30th and June 01st due to curatorial changes. The reopening will be on June 02nd.